SUGAR BLOOM AND FAT BLOOM – Is Your Chocolate Still Safe to Eat?

Found white dusting or greyish streaks across the surface of your chocolate? You might be tempted to toss the tasty treat in the trash but do not be hasty!

Fat bloom is characterized by grey streaks along the surface of chocolate. This is caused by chocolate being exposed to warm temperatures. This happens because the cocoa butter in chocolate melting then re-hardening after the temperature lowers.

Sugar bloom is characterized by a white, grainy coating on the surface of chocolate. It is caused by chocolate coming into contact with moisture, such as the condensation that forms on packets when chocolate is moved from the fridge to room temperature.

The discolorations found on chocolate because of fat or sugar bloom are common and neither makes chocolate harmful. Both fat bloom and sugar bloom can change the texture and shine of chocolate, but the chocolate remains safe to eat or used in baking endeavours. 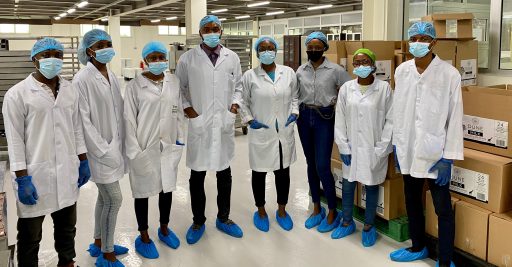 Have you ever thought about the origins of one the worlds most enjoyed pleasur...

We are committed to changing the narrative of the African Chocolate Industry.


Locate a retail store nearest to you →

Signup for our newsletter


Subscribe to be the first to know about discounts, tutorial videos, blog posts, new products and much more.